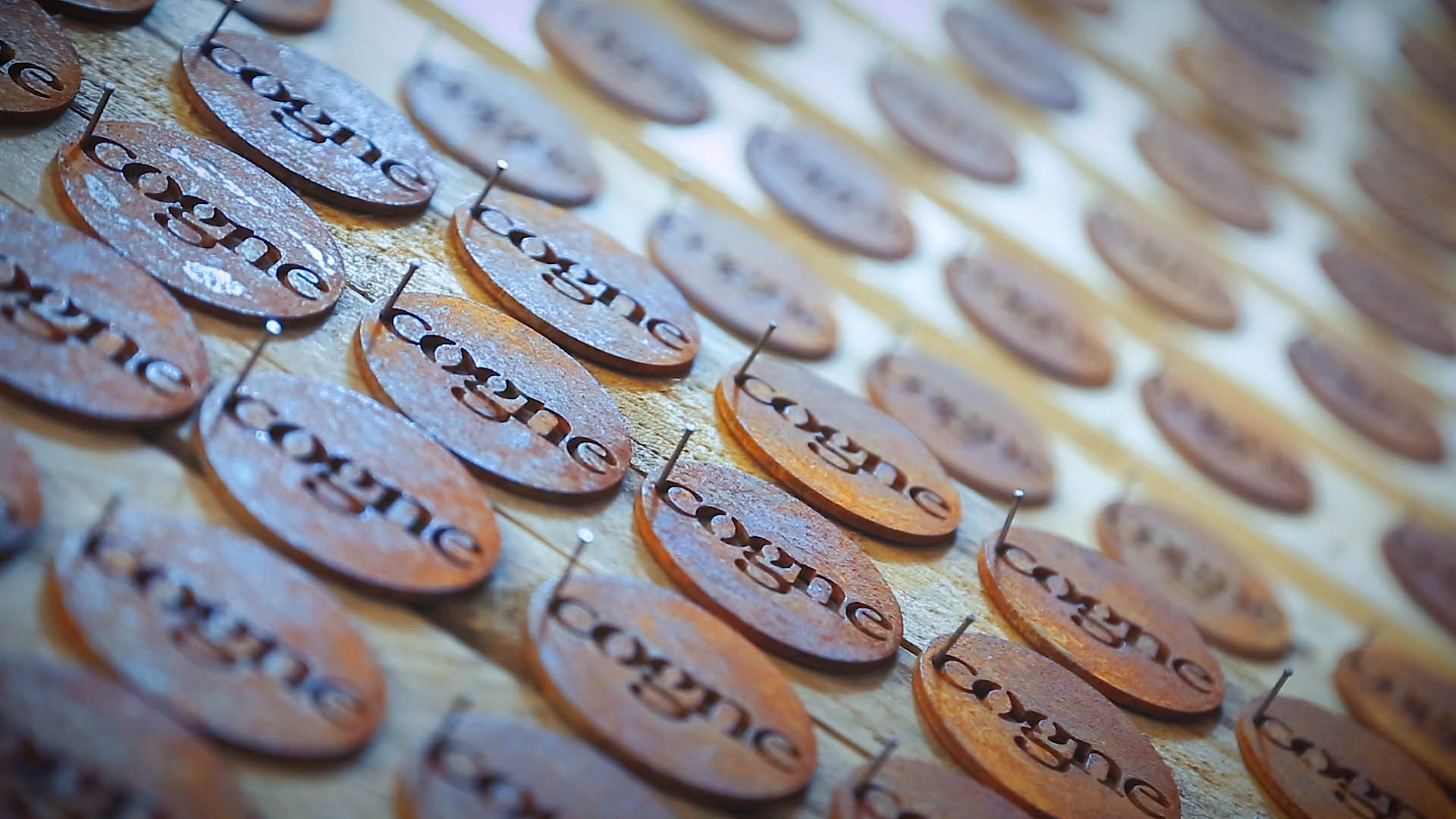 More than 650 medals will be awarded in Cogne during the cross-country.

The athletes will come from all over the world to compete for one of the many podiums in the different types of races, classic and free technique, individual and relay. Cross-country skiers are expected to arrive on Thursday 5th March, the following day will be dedicated to official training and the opening ceremony, while the competition will be from the 7th to the 13th .

The medals are handmade, specially conceived and imagined by three local artisans. Ermanno Bonomi, Giulia Grappein and Paolo Glarey have signed their products which have in common a long and meticulous workmanship and the clearly visible Cogne writing. A memory of great value that will make the strongest athletes stand out on the result list and that will allow them to bring a small piece of Cogne and the Aosta Valley around the world.

The winners’ medal was made by Ermanno Bonomi of Derby Legno Ceramica, in Villeneuve, an artisan company that had started working with wood in the 1960s and who also introduced the use of ceramics fifteen years ago. He made a ceramic “heart”, embellished with pure gold drops, which he then assembled in a hand-turned natural ash round, finished with a laser writing.

Giulia Grappein was born in Turin but grew up  in Cogne. She engraves on glass and metal. To get closer to the “silver” color, she chose to work on a mirror, treating it with diamond tips, a sort of indelible marker that allowed her to draw permanently on the surface.

The third involved craftsman is Paolo Glarey, carpenter since 2009. To create the prize for the third classified, he chose Corten, a corrosion-resistant steel with a low alloy content which, once transformed, takes on a shade very similar to bronze. He then laser-engraved the name of Cogne.

The mirror  and the corten were subsequently assembled by Ermanno Bonomi who once again used the hand-turned natural ash rod. Bonomi is also the author of the general graphic studio and he completed the work with a natural hemp cord.

Claudia Abram, organizing committee: «We wanted to propose something different than traditional medals. The Committee has thus chosen to rely on three craftsmen, excited to know that their products will be known around the world “.

Registration for the Cogne Master World Championships is open until 15th February. All information, regulations and the latest news are available on the website www.mwc-2020.com.